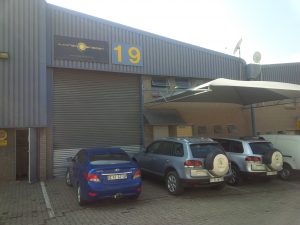 Ilaanga Energy was founded in December 2011 by Mendi Tshabalala. Mendi lived in Belgium from February 2
009 till November 2011 with her partner Axel Raven. They got involved in the then booming photovoltaic industry in Belgium as installers of grip tied rooftop systems feeding back in the grid with a Feed In Tariff (FIT).

Mendi focusses on the administration involved in running a business and she manages the employees. The employees all come from a disadvantaged background. They are being trained on the job and receive training from suppliers like Schneider Electric, Schletter to gain knowledge and experience as photovoltaic system installers. 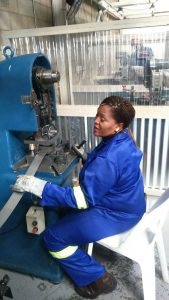 im utility “Electrabel” for 16 years on the medium and low voltage distribution grid.
He gained experience in the photovoltaic industry as an installer and atteneded several course and seminars organised by SMA, Schletter, Hoppecke and Schneider Electric.

Ilaanga Energy recently developed their own range of solar module mounting structures to fill a gap in the market as there are no suppliers with locally manufactured components. This has become the core business of Ilaanga Energy.
All alluminium extrusions are manufactured in South Africa. The extrusions are processed, assembled and packed in the workshop in Wadeville, Germiston. 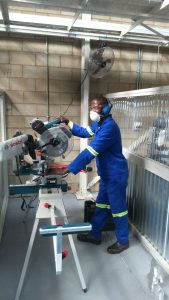 Ilaanga Energy is an Exempted Micro Enterprise (turnover below 10 million per annum) and is 100% black female owned. The company has a current BBBEE rating of a level 1 supplier.